Solitaire has always been one of the most popular card games for phones and tablets. There are quite a few solitaire games out there, but some lack features and options, while others are difficult to actually play on a mobile device. Yukon Gold Solitaire is something better: professional, beautiful and easy-to-play. You won't find a cartoonish look, unnecessary permissions, or annoying ads here. Yukon Gold Solitaire is a player's game, with crisp, clean graphics and unmatched flexibility and ease of use. It's the most highly rated solitaire collection on Google PlayTM.

No ads • No special permissions • No in-app purchases 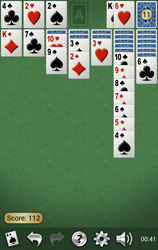 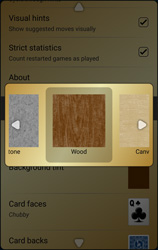 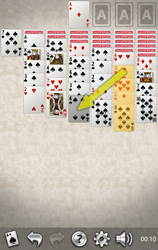 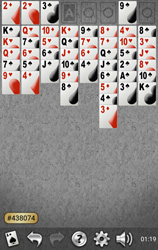 Try before you buy

The paid version of the app has many options to change the way it looks and works. We've put a lot of effort into it, and since there are no ads or in-app purchases, we think it's worth a couple of bucks to buy. We hope you'll agree, but if you'd like to try it first, though without many of the great options in the paid version, you can get our free demo from one of these locations.

Like what you see, but don't need so many different types of games? Pop Trio Solitaire has 12 variations of our 3 most popular games, and all the same great features and options as our top-rated Yukon Gold Solitaire collection.

This is where it all began! The original Yukon Gold Solitaire for Windows Mobile plays only Yukon and Klondike, but if you still have an old Windows Mobile device laying around, download this classic version free! 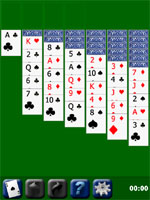 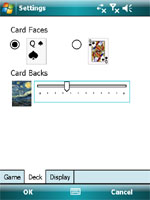 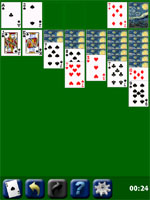